Philafrica Foods’ three-pronged strategy is set to capitalise on  African agricultural opportunity by reducing imports and increasing exports; enriching hundreds of thousands of local farmers in the process

THE ABILITY TO SUCCEED on a corporate level, and to succeed from an ethical perspective are usually mutually exclusive achievements, but Philafrica Foods (Pty) Ltd is aiming to buck the trend by combining the two across Africa.

In trying to undo many of the agricultural challenges that exist on the continent – sub-Saharan Africa specifically – the business is aiming to simultaneously capitalise on the abundant opportunities that exist across many countries’ fertile lands.

And while financial success will inevitably go hand in hand with the ultimate evolution of Philafrica Foods, the vision that kick-started the journey was – and still remains – much more wholesome.

Founder and Chief Executive Officer, Roland Decorvet recalls: “To understand the Company, you need to understand my background which derives from more than 20 years at Nestle, and from working all over the world in the food sector; especially in China over the past 15 years. When I left three years ago, I was on a board of a hospital ship NGO called Mercy Ships and me and my family left the comfortable expatriate life to live aboard it; sailing around Africa bringing free medical care to the continent.

“It was this mixture of corporate and socially-driven work which led to a vision to create a different kind of food company, that was profit-driven but with a very strong social agenda; not just a nice feel-good policy but an embedded vision of social responsibility and enrichment.” 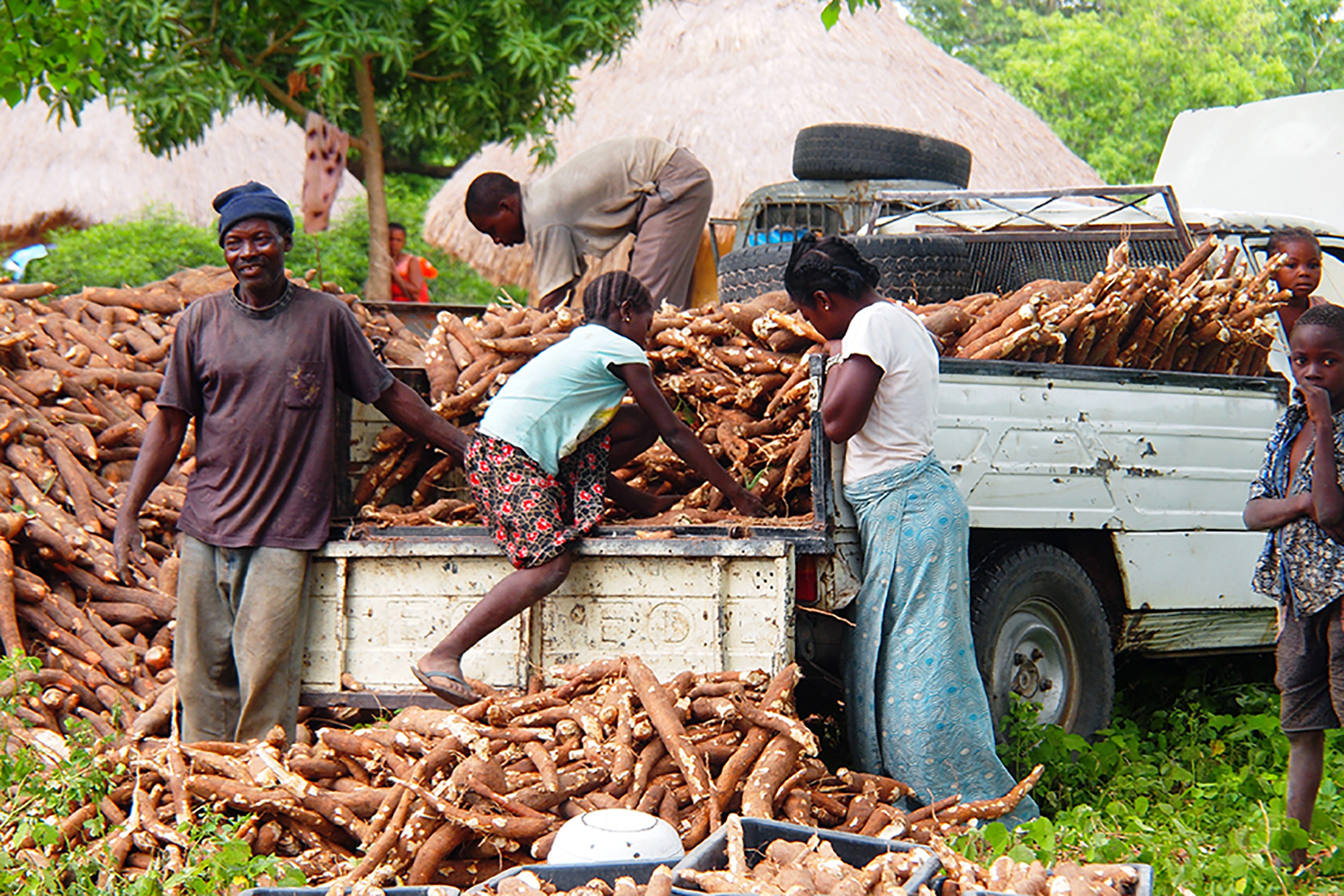 Having grown up in the DRC, Decorvet knows only too well the shortfalls and opportunities that exist in tandem in Africa, and with the backing of Canadian company, AFGRI Group Holdings, Philafrica Foods was borne.

He continues: “They already had a large food division in South Africa made up of a dozen factories doing animal feeds, milling and oil crushing. We then split the business to form a multipurpose entity and have continued from that point onwards.

“Our South Africa portfolio is still made up of animal feeds for a wide range of animals, as well as wheat and maize milling for flour, and oil crushing. Meanwhile, in the rest of Africa, we carry out the same functions, as well as operating in poultry, and cassava processing.”

Additional to the inherited factories, turnover and presence points, Philafrica Foods also took on 1,500 people as a result of its partnership with AFGRI and through its own initial recruitment drive. And this has proven to be just one of the benefits that have derived from its approach to continuous improvement.

The first strategy revolves around acquiring a majority of a Company needing capital to succeed, and this has been complemented by a series of 50-50 joint ventures. The third – high risk, high return – mode of growth has focused on Greenfield opportunities, but in each and every case, the key visions remain the same.

“Our growth strategy is based on three pillars,” begins Decorvet. “The first is in South Africa by working our way down the value chain and through acquiring more processing companies to make sure we have the biggest share of the value chain in the country. 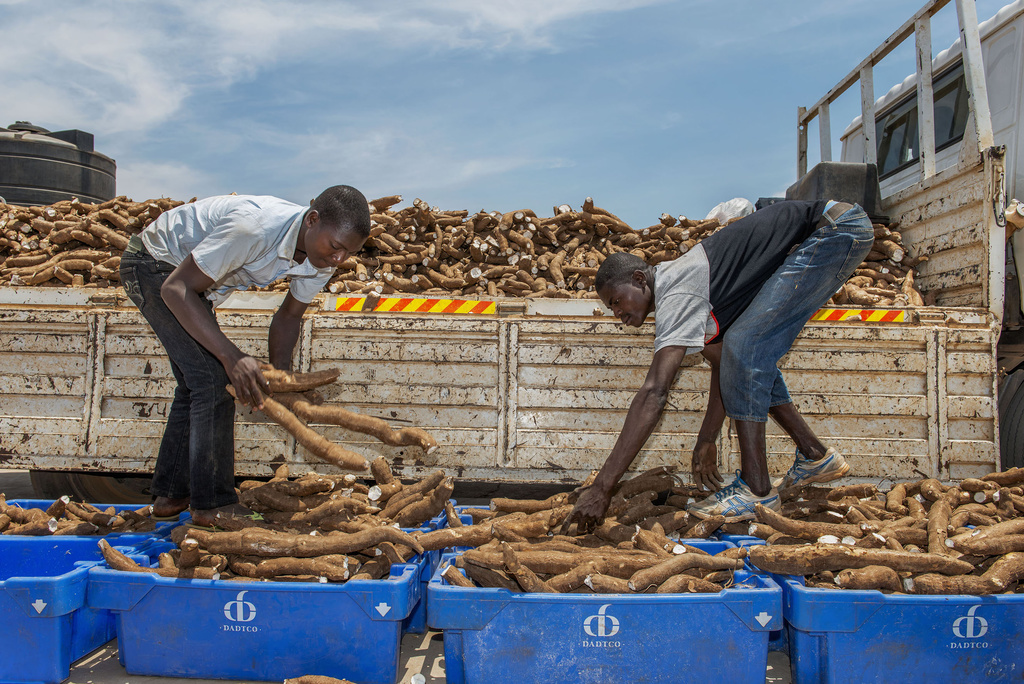 “The next pillar revolves around replacing imported products coming into the continent. Even though Africa has some of the most fertile land in the world, it also has the majority of uncultivated land in the world because of the extent of imports. We need to grow more and process more local raw materials and have already begun by introducing a process plant to turn cassava into flour. It’s an apt replacement for the wheat flour currently imported, and cassava grows everywhere.”

The same applies to tomatoes in Zimbabwe which are primarily imported from China at present due to the lack of processing facilities in the country.

This leads into the third pillar which addresses the odd and convoluted chain that currently exists where crops may be farmed in Africa, but are then processed in Asia and Europe before being imported back. Philafrica Foods is striving to streamline the concept in order to keep the entire value chain localised so that the continent can capitalise on export opportunities itself.

Relationships with the right people

As a result of Africa’s agricultural potential, there aren’t any limits to Philafrica Foods’ prospects either, and countries including Mozambique, Zimbabwe, Ivory Cost, Senegal, Kenya and Ethiopia have already been explored en route to the Company’s overall ambition to cover the entirety of sub-Saharan Africa.

Understandably though, such widespread ambition comes with its own challenges as Decorvet explains: “This continent is not just one Africa, but many Africas; and languages, regulations and trends are just some of the ongoing challenges we face in moving into new countries. Unless you’re a McDonald’s, which we would never want to be, then you have to tailor your approach in each case.”

Fortunately for Philafrica Foods, the business has already secured a plethora of investors and interested parties bought into its longer-term strategy in order to offset such challenges; ensuring that each migration is as seamless as possible. 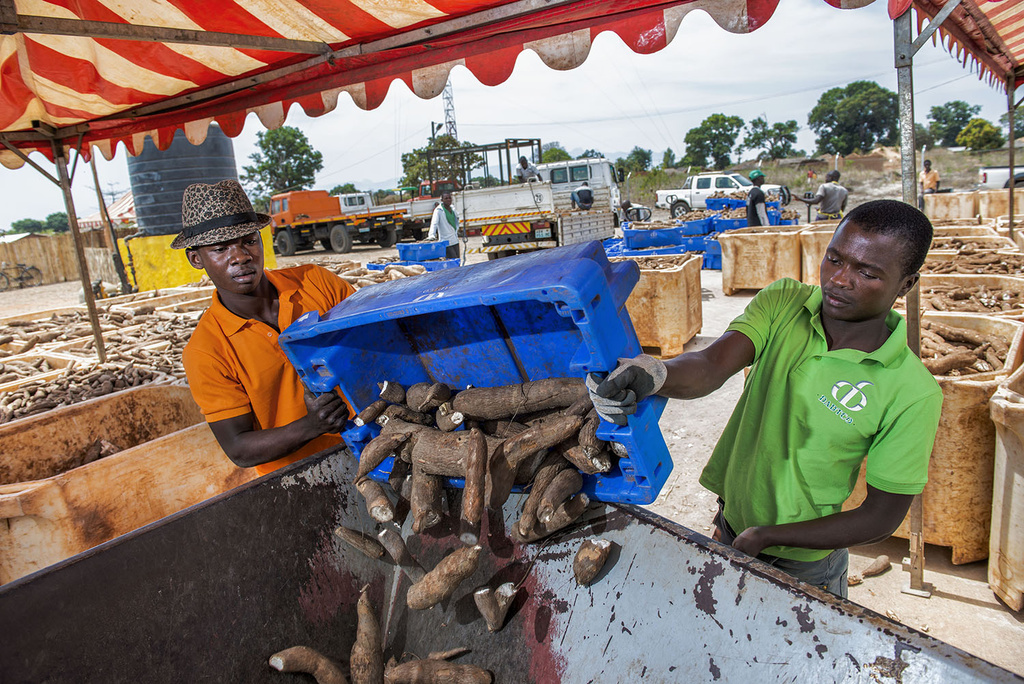 “Rather than focusing on the country risk which might dissuade companies or investors from crossing a certain border, focus more on the partner risk and on forming relationships with the right people. As long as you have partnered with the right people, then you can negotiate the challenges in nations that would put off others.

“As a consequence we are first to the punch to work in countries that are traditionally unattractive to investors, safe in the knowledge that we are partnered with the right people to guide us responsibly into that particular market.

“We then succeed not because of a great country, or their great governments, but because of the people we work alongside.”

A huge contributor to this goal has been the utilisation of and faith shown in local operators, farmers and employees who the Company has looked to promote across its processes.

Naturally, the aforementioned continental shortfalls emanate into areas of skills too though, and this is where Decorvet has once again been able to leverage previous contacts and knowledge bases in bringing expatriates in to help up-skill the local workforce.

“When we come into a venture, we look at the whole supply chain to make sure that every aspect of it can be done successfully on a local scale, and if not then we may need to look to expats to train these local people initially,” he affirms. “Education can be more theoretical in Africa so training is vital in giving these intelligent individuals the manual skills they need to keep operations progressing.”

Once again, the Company’s HR ethos bridges the gap between corporate strategy and social upliftment, making what other companies would call ‘corporate social responsibility’ an actual strand of Philafrica Foods’ core business model.

“We don’t believe in ‘charity’ per se, as our business model naturally enriches people as a by-product,” Decorvet continues. “Our ambition is to transform millions of lives across Africa through food processing, but we don’t just look at food processing to achieve that. It’s about helping the wider agricultural community at every stage of the value chain.” 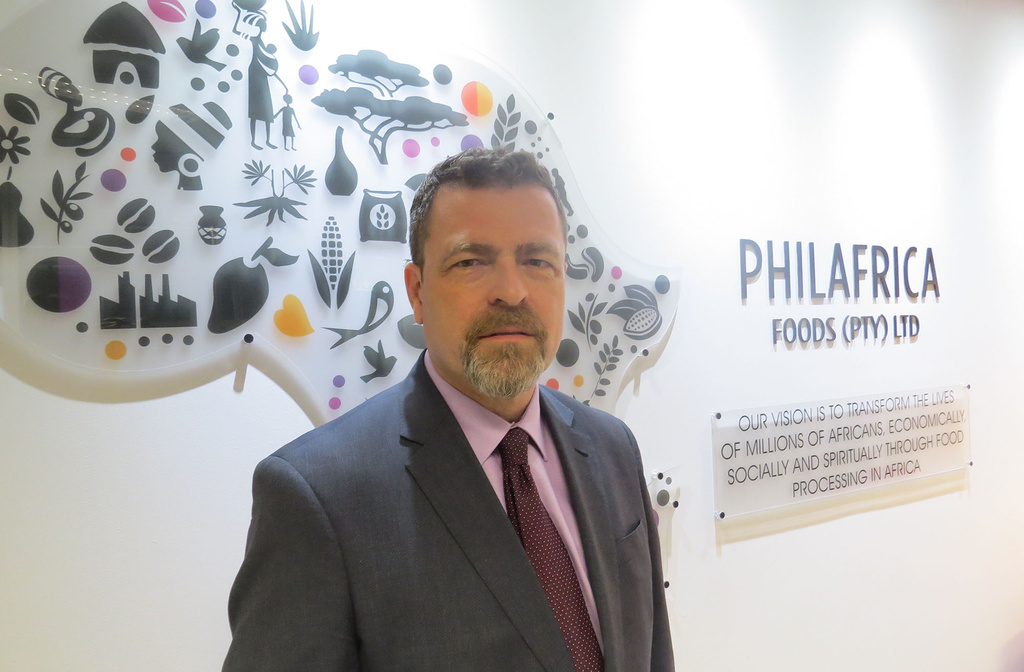 A food company with a purpose

Decorvet himself has changed his corporate outlook somewhat over the course of the Philafrica Foods journey so far, in acknowledgement of this wider all-encompassing vision.

In previous years or previous ventures, he would look – sensibly so – to streamline a business’s supply chain as efficiently as possible to contain just a select few big and valuable suppliers or partners. However, in order to stay true to Philafrica Foods’ promise, attentions have actually turned towards forming as many relationships as possible this time around.

“It’s actually a KPI of ours now where the more suppliers we have, the better. We don’t want just a select few big farmers supplying our processing plants. We want to procure the services of lots of smaller ones. And that’s not charity; it’s social development.”

Over the next five years, the Company will look to spread its philosophy to at least a dozen African countries with more than 20 factories dotted across the sub-Saharan region; having a consequential impact on hundreds of thousands of farmers.

“By then we would have started exporting our products to Europe and America too, to consumers who are more aware of where the products have come from and more keen to import from Africa as a result,” Decorvet concludes. “Transparency and responsibility need to be shown in order to achieve this kind of demand for supply, but we can facilitate this by being a food company with a purpose.

“We’re both a big corporation and an NGO, thriving as a business with a strong socially-driven agenda, and while this comes with more risks in terms of the countries we’re looking to enrich, we are determined to remain responsible in partnering with the whole of Africa.”